This event is always our last triathlon of the season and is a highlight of our club’s calendar.  We had five tents and two camper vans camping which made for a super fun and sociable weekend.  Coach Mark, along with Lottie and Thomas, all competed in the super sprint.  Lottie at age 14 was the first female out of the lake after a 750m swim!  Great to see them have the confidence to compete with the adults.

Later in the afternoon, it was Phoebe and Jasper’s turn.  Taking part in such a huge event (nearly 400 competitors in the 8-10 year olds race) is daunting for a couple of 9 year olds but both were brilliant and showed great determination.  Jasper showed just how far he had come in 12 months with a 31st place compared to 158th place the previous year!

After a fabulous fun evening in the campsite, the camping group spent part of the next morning cheering on the adult middle distance and Olympic distance cyclists.  And then, after fuelling up with brunch at the local golf club,  it was back to the race village for James, Gethin, Ben, Billy, Jess and Orla to compete.  It was muddy and wet and in light of those conditions, race officials decided to neutralise transition which meant that transition times didn’t count towards their finish time.  Ben took full advantage of this rest time and, given the amount of time he took to appear on his bike, we wondered if he was settling down to a picnic!  Again there was fantastic progression from the previous years results.

An amazing weekend and we are already looking forward to next year. 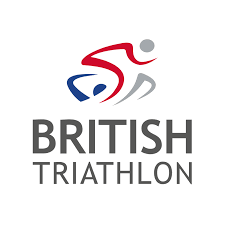